Weight Gain & Adrenal Fatigue: Is There a Link? The adrenals are two small glands positioned above each kidney, and they produce a few essential hormones like cortisol, adrenaline, and aldosterone. These hormones regulate stress response along with other important functions, including metabolism, immune reactions, and blood sugar balance.

Imbalances in these hormones can cause various symptoms, and some believe that exhaustion of the adrenal hormones creates a condition called adrenal fatigue. Let’s dig deeper into the subject and see whether adrenal fatigue affects weight gain or weight loss.

Adrenal fatigue is a concept implying that high levels of stress can take a toll on your adrenal glands, and they eventually become drained [1]. According to this theory, chronic stress can overwork the adrenals and lead to low cortisol levels. This lack of hormones can wreak havoc in your body, giving rise to various symptoms.

Adrenal fatigue is said to cause myriad health issues, such as tiredness, sleep problems, and salt or sugar cravings [2].

Other reported symptoms include low energy levels, body aches, and stomach issues. You might turn to—and even get addicted to—caffeine or similar energy-boosting substances to curb the daylong tiredness.

In addition, adrenal fatigue is said to cause weight gain or sometimes extreme weight loss.

If you think this sounds like a perfect explanation for all the symptoms you’ve been feeling lately, hold your horses. Another side to the story is that this theory hasn’t been scientifically proven.

Despite all the claims and speculations, there is no sound scientific evidence to prove that adrenal fatigue exists, let alone to verify its effect on weight gain.

If you’ve been told that you may have a difficult time losing weight due to adrenal fatigue, read on to get your facts straight.

What Does Science Say About Adrenal Fatigue?

Although a few sporadic pieces of scientific research are out there that support this theory, most studies prove otherwise [3]. Some even caution that this perceived condition can be dangerous, as people tend to assess their condition online and self-medicate with “adrenal support” supplements that are questionable [4].

One study, in particular, evaluated all the research papers published until April 2006 and concluded that there is no substantial evidence to prove that adrenal fatigue is a real medical condition [3].

According to endocrinologists (doctors who study hormones), the adrenals produce more cortisol during stressful periods—not less [5]. This obviously contradicts the theory of adrenal fatigue and the basic explanation of those symptoms.

On top of that, the Endocrine Society highlights that if you’ve been somehow diagnosed with this condition, it could get in the way of properly identifying the causes that underlie your symptoms—which could be dangerous [2].

Is There a Link Between Adrenal Fatigue and Weight Gain?

So, does adrenal fatigue cause weight gain? It doesn’t, obviously—because no such condition exists.

If you’ve come this far in this post, you know that the adrenal fatigue theory is just speculation based on a vague idea not proven by science. This means any links to weight change can’t be validated.

The major reasons for weight gain remain unchanged. Among them are overeating (constantly consuming more calories than are burned throughout the day), leading a sedentary lifestyle, having a high-carbohydrate diet, insulin resistance, etc.

Research shows that ​​obesity is associated with general fatigue, both physical and emotional [31]. This fatigue could be confused with adrenal fatigue.

What Is It If Not Adrenal Fatigue?

If you’re feeling tired all the time, gaining weight, and have trouble falling asleep and waking up, it may be tempting to lean on a theory that seems to explain all those symptoms at once. However, you must be cautious as such a theory, especially one not scientifically proven, could fog your diagnosis, thereby camouflaging some serious health conditions.

It doesn’t always have to be physical issues—mental health problems can also manifest as symptoms. Another condition that can bring about unusual fatigue, weight changes, and low energy levels is depression [7]. This is often accompanied by mood changes, difficulty concentrating, and sadness. If this sounds familiar, you might want to seek immediate medical attention as depression, if not appropriately managed, can be critical.

Insulin resistance can also cause symptoms such as tiredness, brain fog, and weight gain [8]. It is easy to confuse these symptoms with the so-called adrenal fatigue, as they often get worse with stress. Thus you might naturally associate them with your stress, concluding that it has something to do with stress-related hormones.

Several other conditions, including diabetes, postoperative fatigue, and anemia, can cause related symptoms. General tiredness, muscle weakness, and sleep problems may also result from vitamin deficiencies, such as vitamin B 12 [9] and D [10]. Sleep disorders, infections, and certain autoimmune diseases like celiac disease can also bring about similar symptoms.

Another often overlooked factor that could trigger these indications is job burnout. You might not realize it, but being overworked can drain you physically and mentally and result in various conditions, such as chronic fatigue, sleep disturbances, and mood instabilities [11]. Job burnout can also reduce your appetite or trigger stress eating, so it might cause you to lose or gain weight, depending on the situation.

As we mentioned earlier, your adrenal glands produce several hormones that are vital for various bodily functions. Among them, cortisol is the primary hormone that influences weight changes.

It’s important to know that cortisol is constantly released in our bodies based on our circadian rhythms. However, when your body is under stress, cortisol is released in bigger amounts, sometimes above the norm.

Short-term fluctuations in cortisol levels are unlikely to result in weight gain or weight loss.

Cortisol-related disorders such as Addison’s disease or Cushing’s syndrome can be the root of weight changes. However, chronic stress and elevated cortisol levels can also lead to weight gain over the long term.

Cushing’s syndrome, a condition resulting from the overproduction of cortisol by the adrenal glands, can make you gain weight and retain fat in specific places, such as the face, belly, and the back of the neck [12] [13].

This can happen due to a pituitary tumor producing excess adrenocorticotropic hormone (ACTH). This hormone triggers the production of excess cortisol, thus leading to weight gain, among other symptoms.

Another factor that can cause Cushing’s syndrome is the long-term overuse of steroid hormones such as glucocorticoids [12]. These steroid medications are commonly used in treating autoimmune disorders, inflammatory diseases, or cancers. When used for prolonged periods can cause cortisol accumulation in the body, making you gain weight.

Elevated levels of cortisol in the body can be a reason for insulin resistance, which can eventually lead to type 2 diabetes and obesity [14].

High cortisol levels also increase the secretion of leptin [15], which is the hormone that regulates appetite. Constant high concentrations of leptin trigger leptin resistance [16], which leaves you hungry, no matter how much you eat. This will significantly increase your food intake and lead to obesity.

In addition, research suggests that hypothyroidism (the underproduction of thyroid hormones by the thyroid glands) reduces cortisol clearance from the system and thus can result in high cortisol levels [17] and, therefore, can cause weight gain.

The first condition to mention here is adrenal insufficiency, also known as Addison’s disease [20]. It is a rare condition initiated when the adrenal glands are damaged. An autoimmune disorder where the immune system attacks the adrenal glands is usually the main culprit of this disease, but other conditions, such as cancer or infections, may also be responsible for it [21].

Adrenal insufficiency can produce some of the symptoms that are confused with the alleged ‘adrenal fatigue;’ however, unlike the latter, adrenal insufficiency results in more specific symptoms [20]. It can also lead to serious—even life-threatening—consequences if not properly treated [21].

One of the main symptoms of adrenal insufficiency is unexpected weight loss. This is mainly due to the low cortisol levels produced by the adrenal glands. Collateral reasons are loss of appetite, anorexia, or vomiting associated with the disease.

Adrenal insufficiency may precipitate hyperimmunity and autoimmune hyperthyroidism, a condition in which the amounts of thyroid hormone are too high [22]. Hyperthyroidism hastens your body’s metabolism, thus causing rapid weight loss [6].

Here are a few more associated conditions that can result in weight loss:

Consult With a Doctor If You Experience Long-Lasting Fatigue

Along with weight gain or weight loss, most of these conditions may also show the symptoms we discussed earlier, including extreme tiredness, sleep difficulties, and body aches. Most hormone-related disorders can trigger other hormonal issues, so it’s a good idea to get yourself checked by your doctor.

If you’re experiencing fatigue and/or these other symptoms for a prolonged period, don’t ignore them. There could be some serious underlying health problems, and it’s best to consult with a doctor and run a few tests to be on the safe side. Early diagnosis gives you time to identify any concerns and treat them accordingly.

Now, let’s summarize what we’ve been discussing so far.

Using a weight-loss app will help you keep up with your meals and exercise routines, making it easier to stay on track.

The information provided on the site is for educational & informational purposes only. If you seek diagnosis, treatment, or medical advice or want to make significant changes in your diet and health-related routine, please, consult a medical professional or healthcare provider.

Disclaimer This article is intended for general informational purposes only and does not address individual circumstances. It is not a substitute for professional advice or help and should not be relied on to make decisions of any kind. Any action you take upon the information presented in this article is strictly at your own risk and responsibility!
weight gain 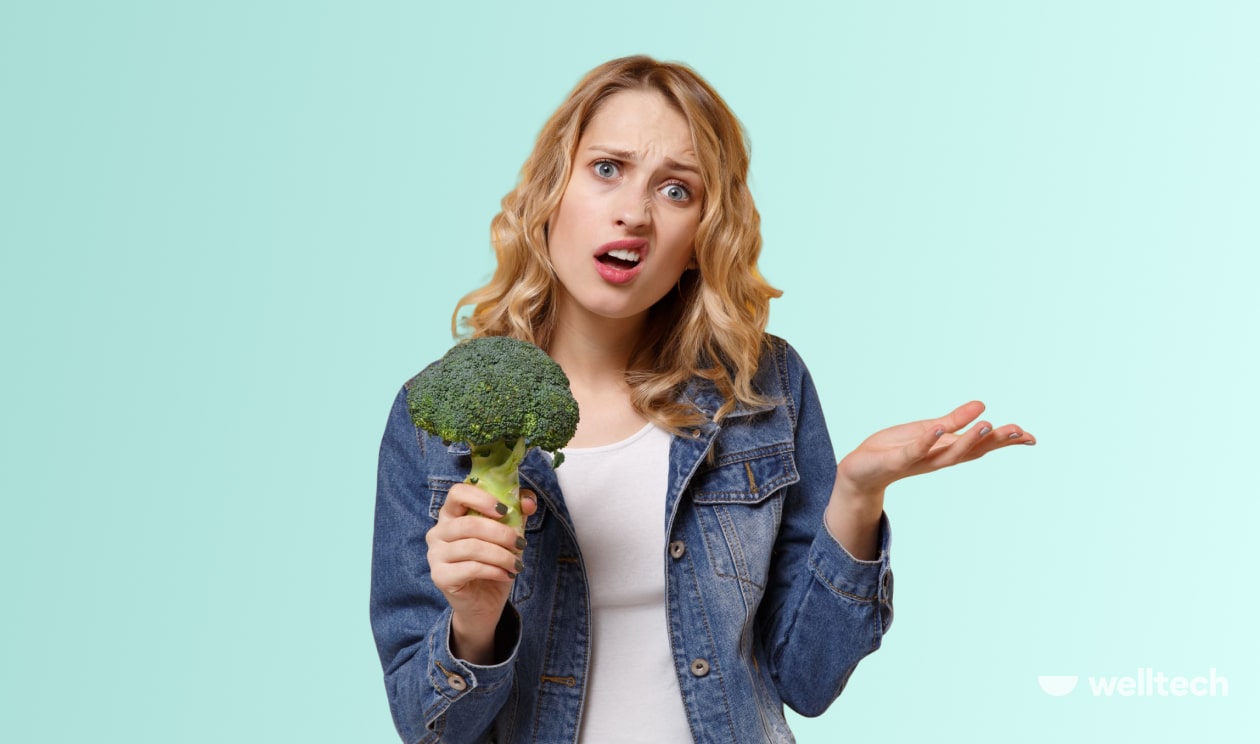 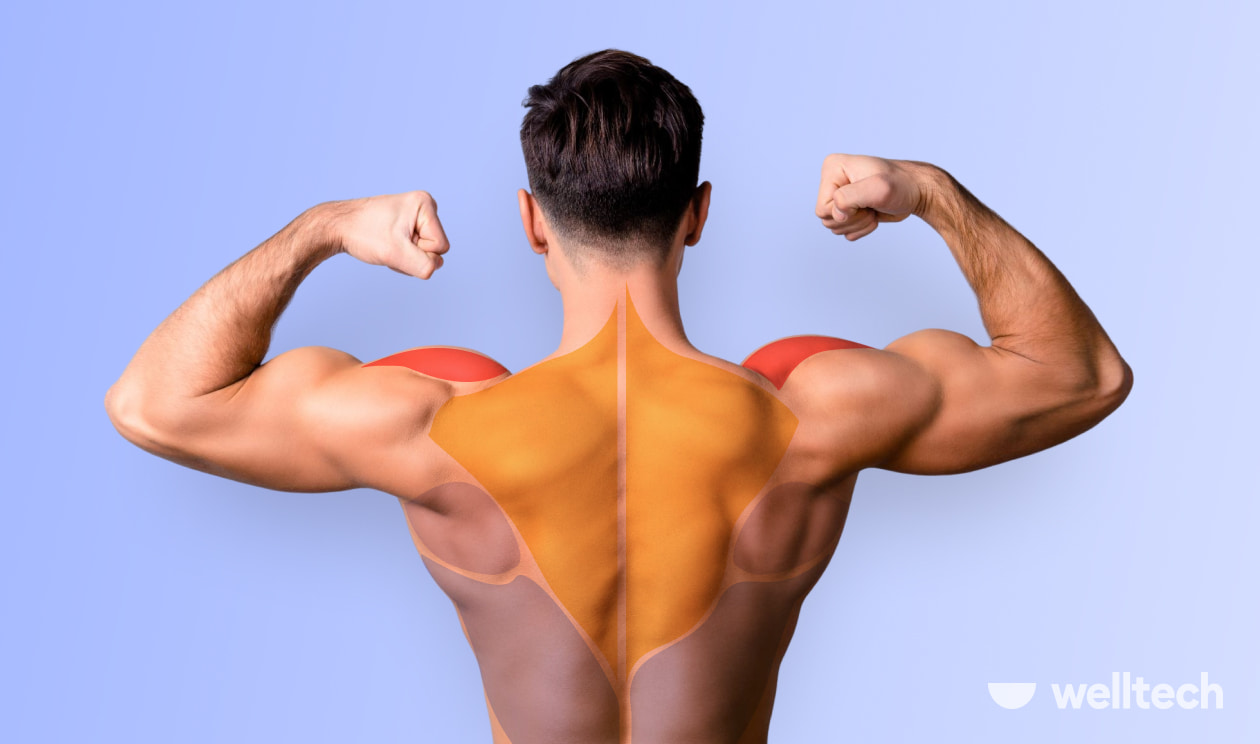